Weird Rules of the Road Around the World 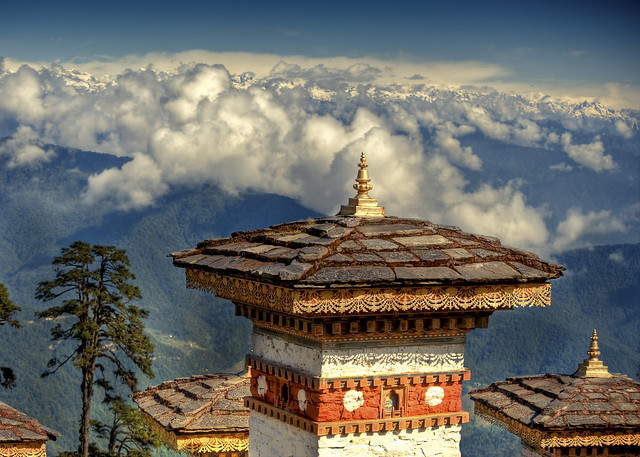 As unhinged as it may sound to the average British motorcyclist, there are a number of countries where the law of the land actually states that you have to ride on the wrong side of the road. No – really. It’s incredible but true. France, for example, and somewhere in the region of 160 other nations and territories, including Canada, Germany and Norway, continue to insist that people endanger themselves and others by driving on the right-hand section of the thoroughfare. Happily, some 75 jurisdictions (amongst them Christmas Island, Zimbabwe and Bhutan) uphold the safety standards that we hold so dear in the UK, no doubt saving many lives as a result. Staggeringly, however, there are some even more extraordinary road rules in various parts of the world.

Thailand is one such place. Known to thousands of British holidaymakers as a country with wonderful food, superb beaches, friendly people and reliably warm weather, if you’re going there with the intention of hiring a scooter and enjoying the warm breeze on your suntanned skin – forget it. It’s against the law for anybody to conduct any kind of motor vehicle while not wearing the bare minimum of a vest. This applies to men as well as women. The situation with regard to trousers is, at present, difficult to pin down, though it may be best to err on the side of caution.

Despite the inherent danger and difficulty of driving on the wrong side of the road, some countries, including Spain and France, make a half-hearted stab at protecting road users by demanding that they carry certain items while using the road. In Spain, anyone who requires glasses in order to ride or drive must always bring along a spare pair. The French government, alive to the problems caused by its citizens’ near-insatiable desire for wine, requires not only them, but also you, the tourist, to be in possession of a breathalyser kit at all times.

Dubai and Russia; beacons of freedom that shine ever more brightly across the civilised world, sending out messages of hope on an almost daily basis to the huddled, oppressed masses of the world. The vehicle owners of the two nations are legally obliged to keep their machines as shiny as these metaphorical beacons; in Russia, a hefty fine awaits anyone whose car or motorcycle is not quite as clean as it might be, and the same applies in Dubai – though it’s worth remembering that here, you’re not allowed to wash it while it’s parked outside your house.

Even in the USA – one of the most sensible countries on the planet – there are some laws that seem a little odd to the British mindset. The state of Montana will not allow you to carry a herd of sheep in the passenger compartment of your lorry, unless you bring along a friend who agrees to keep them under control. Meanwhile, Alabama, the “Heart of Dixie”, has banned the practice of conducting a vehicle while wearing a blindfold, an activity which had long been popular with road users who were frightened by having to drive on the wrong side of the road. It is, quite literally, a mad world.

This entry was posted on Thursday, December 31st, 2015 at 7:43 am and is filed under Motorcycle Road Safety, Motorcycle Travel, Motorcycles & The Law, You & Your Motorcycle. You can follow any comments to this entry through the RSS 2.0 feed. Both comments and pings are currently closed.