Home » Motorcycle Road Safety » Motorcycling: What to do if you’re Pulled Over by the Police

Motorcycling: What to do if you’re Pulled Over by the Police 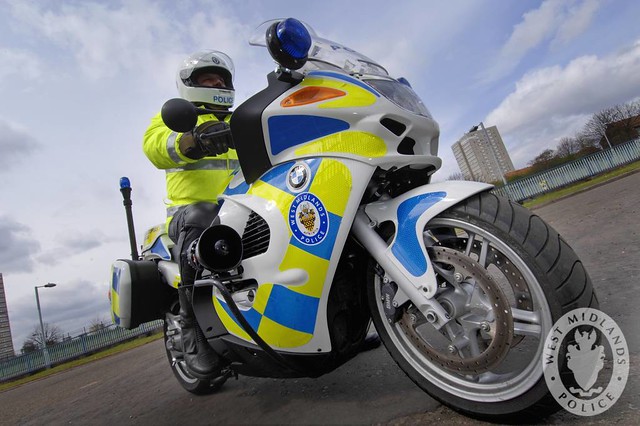 If you are out riding your bike and you let your mind drift, you may find yourself breaking the speed limit. If you are unlucky enough to be spotted by a traffic cop, the chances are they will want to pull you over for a little chat, and a possible fixed penalty fine. Below is a guide which will help you to get through a police roadside stop.

Acknowledge the Police and Relax

Getting pulled over can be a stressful experience for both you and the police officer. You can make the entire process easier by trying to be as relaxed as possible. When the police signal for you to pull over, you should put on your hazards to acknowledge the command, so the police know that you are not going to make a run for it. Slow down a little and look for somewhere safe to stop.

Once you have stopped, you should turn off your engine and remove your helmet. Doing so will mean that the officer can see your face and you will be able to hear any instructions given to you. Don’t rush to get any documentation or driving licence from your pocket or saddle bags as this may look suspicious. Instead, you should wait for the officer to request these items.

Do not Admit Fault

Even if you know that you were driving over the speed limit or that you drove through a red light, you should not admit to doing so. While it is somewhat admirable that you are willing to hold your hands up and admit your guilt, legally, it could put you in an awkward position if you later need to contest any part of your conviction. Any verbal admission of guilt could be used against you in any future court case.

Even if you believe that you have not committed a road traffic offence, you should avoid arguing with the police officer who is issuing the fine. Your local police force will have an appeals system which will allow you to contest the fine you have received. If you lose your appeal against the fine, you can ask for the decision to be decided by a local magistrates court, where a judge will listen to your defence before making a final decision.

While you can disagree with a police officer’s decision, you should do so politely. Getting angry with them won’t get you anywhere and could result in more severe charges.

Take Your Time After the Stop

Even the most seasoned motorcyclist may feel a little shaky immediately after they have been pulled over, which is an unavoidable consequence of the adrenaline which is now pumping through your body. Once you have finished dealing with the police, you should take a moment to gather your thoughts before safely pulling away.

By following these steps, you can ensure that if the worst does happen and you are pulled over by the police, you will have the best possible outcome.

This entry was posted on Thursday, May 4th, 2017 at 7:21 am and is filed under Motorcycle Road Safety, Motorcycle Tips, Motorcycles & The Law, You & Your Motorcycle. You can follow any comments to this entry through the RSS 2.0 feed. Both comments and pings are currently closed.