Home » Motorcycle Road Safety » How to Deal with Road Rage

How to Deal with Road Rage 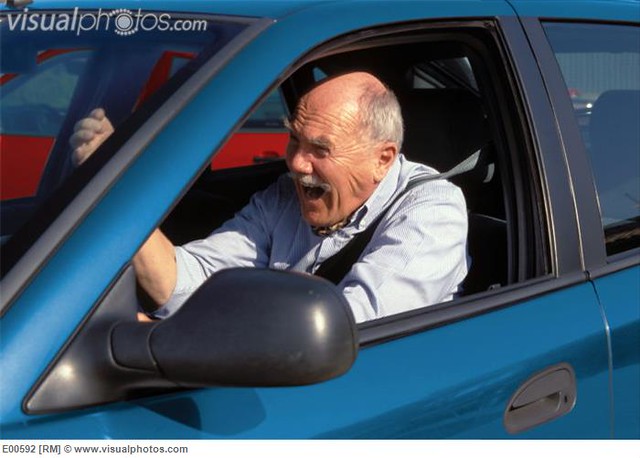 Unfortunately, most motorcyclists will have experienced rude, inconsiderate, aggressive and dangerous road users. In situations like this it is easy for things to boil over into a road rage situation. Because riding a motorcycle makes you more vulnerable compared to car drivers, bikers often come off second best in a road rage incident. For this reason it is important that you understand what to do when confronted by road rage.

Remove Yourself From the Situation

If you find yourself in a position where you feel unsafe or threatened by the actions of another road user, your first priority should be to remove yourself from the situation. Road rage incidents can be exacerbated if you feel threatened, and react in a threatening manner in an attempt to defend yourself. If another road user yells at you, flashes their lights or sounds their horn — so what? You should remain calm and let them get the anger out of their system. If you are at fault, you should also offer a wave or a flash of your hazard lights by way of apology. This is often enough to calm angry drivers. However, if the other road user continues to make you feel unsafe, you should consider pulling into a shopping centre or petrol station, as these locations are normally fitted with CCTV. This could help to discourage a potential aggressor, as they will realise that their actions are being filmed.

You should keep in mind that any complaint about an incident which involves one person’s word against another is often very difficult to prosecute successfully. To secure a prosecution, additional evidence will often need to be presented to the court to help them to determine that an offence has been committed beyond any reasonable doubt.

If you wear a helmet or body camera and you have footage of the road rage incident, you should upload and make a back up copy of the footage as soon as possible. Don’t delay in doing this, because the footage may be accidentally recorded over or lost before you have sent it to the police. You should save all footage, even parts from the same journey which were recorded before or after the incident, as this could help to disprove any counter claims from the other road user that you were actually the aggressor.

If any other road users witnessed the incident and you are able to collect their details, you should do so. Having an independent eye witness explain what they saw can often make all the difference in the successful prosecution of a case.

This entry was posted on Thursday, August 18th, 2016 at 7:12 am and is filed under Motorcycle Road Safety, Motorcycles & The Law, You & Your Motorcycle. You can follow any comments to this entry through the RSS 2.0 feed. Both comments and pings are currently closed.