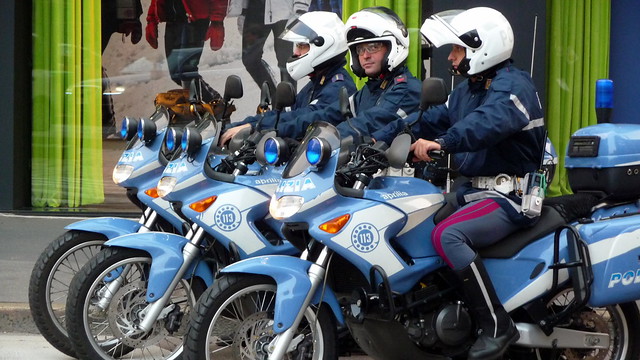 A while ago, we looked at the necessity, from both a safety and a legal viewpoint, of choosing the right helmet if you want to ride a motorcycle in the UK. For new riders however, there can seem to be a dizzying variety of different types of helmet. How do you choose one that suits you, your riding style, and your bike?

END_OF_DOCUMENT_TOKEN_TO_BE_REPLACED

The Importance of Keeping Bike Tyres At The Correct Pressure 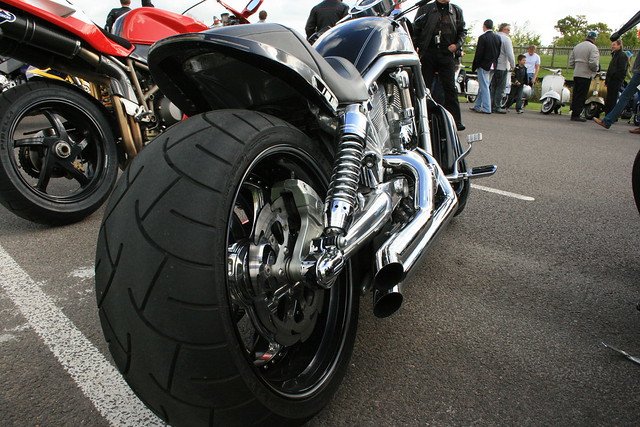 A biker from Melton Mowbray in Leicestershire tragically died last year, after test-riding a Yamaha Fazer with improperly inflated tyres. The coroner ruled that Richard Walker was killed after the bike’s handling on a bend was affected and he was thrown into the path of a car. The bike was owned by a private seller rather than a dealership; though you’d expect a showroom to ensure all its bikes were roadworthy, the story illustrates the fact that it’s always worth making sure your tyres are at the recommended pressure.

END_OF_DOCUMENT_TOKEN_TO_BE_REPLACED

Using A Sidecar In The UK 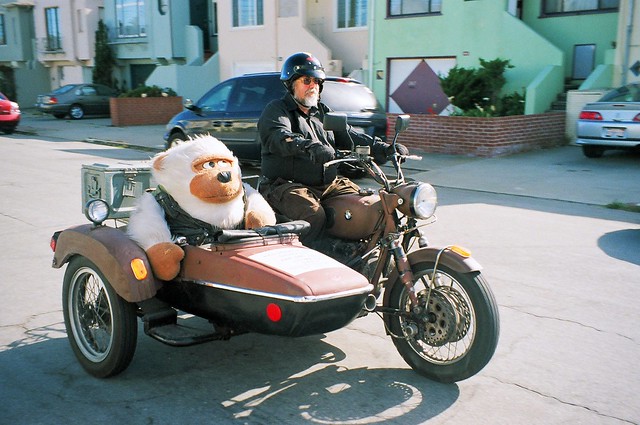 In the admittedly somewhat unlikely event that you’re a new motorcyclist who smokes a pipe and wears a lot of tweed, you may be considering becoming a member of an extremely select (i.e. small) subsection of British bikers; the sidecar owner. Not only is it a very specific lifestyle decision, which requires a certain amount of confidence to pull off, it’s also a choice that has legal and other implications. So, dust off your gaiters, (whatever they are), wax your moustache, and read on…

END_OF_DOCUMENT_TOKEN_TO_BE_REPLACED 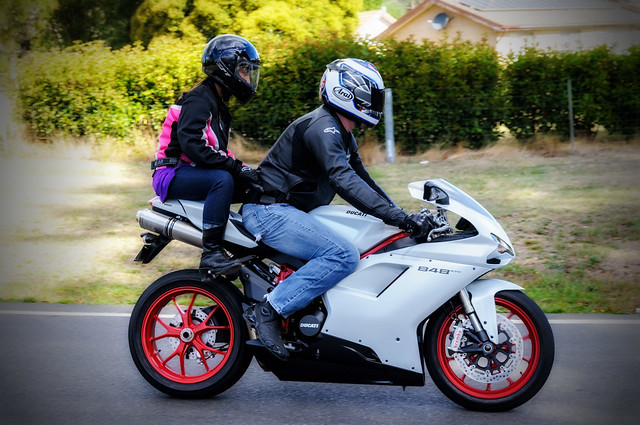 Pretty soon after you pass your motorcycle test, the more adventurous of your friends are going to be asking you to take them out for a ride. Riding with a pillion passenger on the back (sometimes called riding “two-up”) is both a skill that has to be learnt, and an activity subject to certain legal requirements. Once you’ve got the hang of it, it’s not difficult, and as long as you’re aware of the law and the safety implications, it can be a lot of fun.

END_OF_DOCUMENT_TOKEN_TO_BE_REPLACED

Test Cheats On The Rise 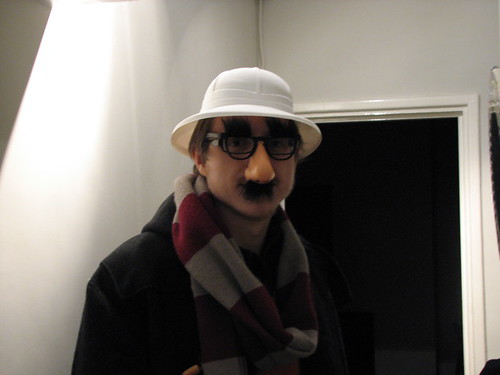 Recent reports from major news outlets, as well as the motoring press, have claimed that the number of people cheating their way through the driving test has increased. One of the most popular methods of fraudulently obtaining a licence appears to be to “hire” someone who looks a bit like you – and can drive to an acceptable standard, obviously – and get them to take the test. Government figures, produced by the DVSA, show that 677 cases for 2014/15 have been recorded so far, which, when the year-end figures are compiled after April 2015, is likely to make this the worst year ever for test cheats. The previous record was 816, for 2011/12.

END_OF_DOCUMENT_TOKEN_TO_BE_REPLACED

There’s a bit of a catch-22 situation going on for new riders as far as motorways are concerned. You cannot legally ride on one with a provisional licence, or on a bike of 49cc or less. When you pass your test, you may feel as though motorway riding is a little like being thrown in at the deep end – if the deep end was full of articulated lorries, and BMWs doing 95mph. A little bit of post-test training can go a long way towards raising your confidence in this department, but there really isn’t anything to worry about. Just make sure you don’t develop any of the following bad motorway habits.

END_OF_DOCUMENT_TOKEN_TO_BE_REPLACED

Motorcycle Road Safety / Motorcycles & The Law — Comments Off on Will There Be Changes To The UK Alcohol Limit?
19
Mar 15

Will There Be Changes To The UK Alcohol Limit? 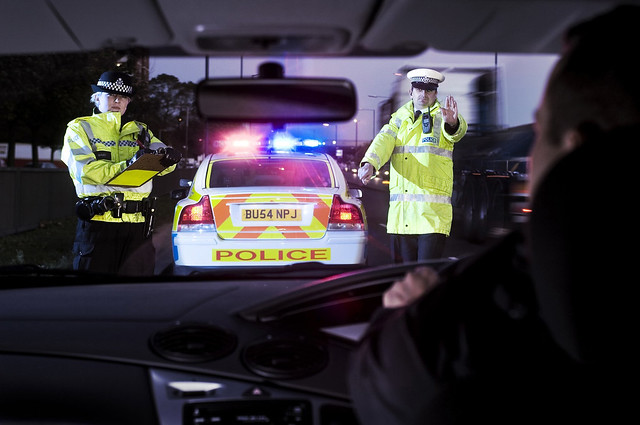 The short answer is – there already have been. Early in December last year, the blood alcohol limit was changed, in Scotland only, from 80mg of alcohol per 100ml of blood (80mg) to 50mg, leaving the current limit of 80mg, the highest in Europe and shared only by Malta, in force in the rest of the UK. For road users, it’s now theoretically possible to leave a pub or a party in an English border town, legally ride or drive into Scotland, and then be arrested for drink-driving.

END_OF_DOCUMENT_TOKEN_TO_BE_REPLACED 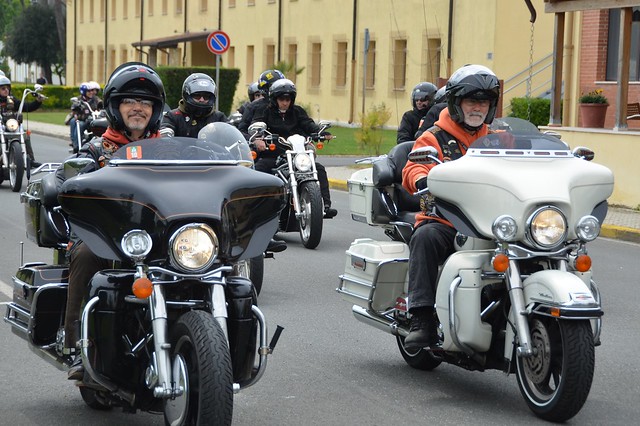 If you’ve passed your test along with a group of friends, you’ll probably be looking forward to a group ride. There are several up-sides to riding in convoy; perhaps the most obvious is that it is (or should be) a huge amount of fun. However, it’s also a good way to pick up experience if you’re a new rider and you’re out with a few seasoned types. There are also safety benefits; as a group, you’re clearly going to be more visible to other road users than when you’re riding solo.

END_OF_DOCUMENT_TOKEN_TO_BE_REPLACED

Taxes are one of those unfortunate realities of life, and riding a motorcycle won’t help you avoid them.